Here’s the situation: You want to live downtown, but all the neighborhoods you’ve looked at are way out your price range. Wouldn’t it be cool if you could spot the next “hot” neighborhood before it’s hot? You’d get a great property for cheap, and end up living in one of the most desirable spots in town.

This is exactly what happened to New York City’s SoHo. Back in the 1970s, SoHo was little more than a warehouse district. Then, artists moved in because the rent was so cheap, and they got bargain prices. Now? It’s one of New York’s trendiest neighborhoods.

Buyers can come out way ahead if they end up buying in an up-and-coming neighborhood. Usually, these neighborhoods are run down, neglected, and might even have high crime rates. Think of Cabbagetown in Atlanta, or Roosevelt Row in Phoenix. Both of these neighborhoods used to have boarded up houses and a serious drug problem. But now, after a revitalization, they look and feel completely different.

Spotting these future hot neighborhoods can be a challenge, though. What if you buy in a run down area, with the hopes of a revitalization that never happens? When house hunting, here are 7 things to look for, as a clue that a “bad” neighborhood is on its way up.

Signs of an Up-and-Coming Neighborhood

Artists and musicians typically lead the way to a neighborhood’s resurgence because they look for cheap rent. They move into an area to live and work. Then, other people follow. Why? Simply because artists and musicians are “cool.” They often make their neighborhoods look cool, and people like to be near that creative energy. Eventually, the area starts to build up as more and more people flock in. Things get hip, and home values start to skyrocket. Big cities usually have warehouses and parks that are neglected. If the city decides to clean up an area, such as a waterfront, large park, or warehouse, this is a sign that the neighborhood might be on its way up. If the city is willing to invest its money into an area, then others will follow. Head to town meetings to find out where the next big projects are. Also, look for houses that are being remodeled. It’s a sign that homeowners are invested in their own community, and property values will increase thanks to the renovations.

3. Closeness to Other Hip Neighborhoods

If you see a neglected neighborhood fairly close to a hip neighborhood, chances are that it will eventually become trendy and cool as well. This is because development expands outward, especially as prices in the neighborhood center start to rise. Rents and home values go up, so the artists and musicians move outward, still seeking cheap rent. And the cycle of redevelopment continues.

Talk a stroll through local stores and restaurants, and ask workers if prices have gone up in recent years. If prices have steadily increased, especially on things like coffee, you can bet the reputation of the neighborhood is going up as well.

In addition to looking out for artists and musicians, ask your real estate agent or city planners where the young people are moving to. Young people are often priced out of established neighborhoods, which is why they often lead the way to a neglected neighborhood’s resurgence. Once they move in, restaurants and bars often follow. Most Realtors are in the know about the next “hot” neighborhood and are happy to share their information. The key is to make sure your Realtor is someone you trust and respect, and isn’t just trying to make a sale. An even better sign is if your Realtor owns a house in that neighborhood. He or she will want to profit on their knowledge of the market – and you should, too. For more tips, here’s how to find a real estate agent you can trust!

7. A Trendy Restaurant or Art Gallery

Keep an eye on local reviews of restaurants, coffee shops, and art galleries. When one pops up in a “bad” neighborhood, it’s a good sign that the area is on the up-and-up. If that place brings in a lot of business, other shop owners and restaurateurs will follow suit, along with home buyers.

Keep in mind that buying in an up and coming neighborhood takes long-term vision. It can take a decade, or more, for prices and reputation to change. And, there’s no guarantee that they actually will. A change in zoning laws, or migration elsewhere, can easily stall development in a big way. Also, neglected neighborhoods often have high crime rates.

Make sure you fully understand that buying a home here could pose risks for you and your family’s safety. Sure, you might eventually end up in your city’s most desirable neighborhood, but you may have to live in a high-risk area for a few years. Examine all the options and signs before you make your decision.

Were you lucky enough to settle down in a neighborhood that suddenly got very popular? What other signals can you use to identify an up-and-coming area? 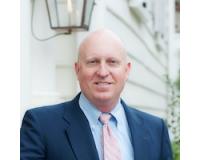 Blair Halford is a Charleston native, and having grown up here and attended Porter-Gaud and the College of Charleston he has appreciation for the Lowcountry lifestyle. His extensive knowledge of the a....

How To Find Off Market Buying Opportunities In Charleston Real Estate

How to Find Pre-Market Opportunities in Todays's Real Estate Have A Well-Connected AgentThe key is to have a well-connected real estate agent. A good agent will have an extensive

How to Spot an Up-and-Coming Neighborhood Before It’s PopularHere’s the situation: You want to live downtown, but all the neighborhoods you’ve looked at are way out your price range.

How Much Leverage Do Todays House Sellers Have

How Much Leverage Do Today’s House Sellers Have?The housing market has been scorching hot over the last twelve months. Buyers and their high demand have far outnumbered sellers and a short supply

Is It Ever Okay To Overpay For A Home

By registering, you agree to our terms of use and that real estate professionals and lenders may call/text you about your inquiry, which may involve use of automated means and prerecorded/artificial voices. You don't need to consent as a condition of buying any property, goods or services. Messages/data rates may apply.